For over four decades, Michael Lawrence has been recognized as one of the most respected and effective trial attorneys in Monterey County. In 2010, he was the recipient of the Lewis C. Fenton Award, which is the Monterey County Bar Association’s most prestigious award for excellence in trial advocacy. He has successfully handled many high profile cases including representing elected officials accused of theft and embezzlement as well as police officers and other political officials. Michael has aggressively defended thousands of people and tried scores of jury trials ranging from capital murder to simple misdemeanors during a career spanning over forty years.

Michael graduated from Hastings College of the Law, University of California, in 1968. He then worked as a staff attorney with the Riverside Public Defenders Office, and was a partner in the Riverside law firm of Hennigan, Butterwick, and Clepper.

Michael is a member of the Monterey County Bar Association, California Attorneys for Criminal Justice, and the California Public Defenders Association. 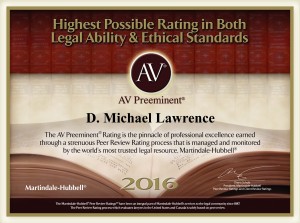